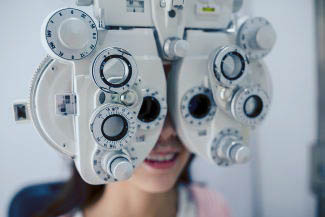 Dr. Malique Payne has been practicing full scope optometry for the past 13 years. She obtained her Doctorate degree from State University of New York College of Optometry in 2007. During her final year of optometry school she completed rotations through Woodhall Medical Center in Brooklyn, New York and Walter Reed Medical Center in Maryland. As a college student, she majored in Biology and in 2001 received her Bachelor of Science Degree ( B.S.) from Adelphi University in Garden City, New York.

Dr. Payne was born in Queens, New York but was raised in the Caribbean on the island of Antigua. She completed both her elementary and high school education in Antigua. After graduating from Christ the King High School, she moved to Barbados where she attended the Barbados Community Collage for two years and obtained her Associates Degree in 1998. It was at this time Dr. Payne returned to New York to complete her education.

In 2008, Dr. Payne moved to Georgia and over the years has worked in both private and corporate locations. With this experience, she now enjoys working with children, ocular disease and both soft and hard contact lens cases. She is very experienced in complex patient care and is proficient in prescribing eyeglasses and contacts.

In 2014, her company, Superior Eyecare was established and she has taken pride in providing optometric care to her surrounding communities. In her spare time, Dr. Payne has participated in several school vision screenings and health fairs to help educated and provide eyecare to those in need.

Presently, Dr. Payne lives on the south side of Atlanta and enjoys spending time with her son. She also enjoys travelling and being outdoors and is currently learning to speak Spanish fluently.